Station 4
Important animals in one's personal history or history of the world:

David Kenny's dog Leala had run up to him soaking wet. David knew something was wrong so he followed Leala down to the dam. When he got there he saw his 2 year old brother face down in the water. They got him out and thanks to Leala, he is safe.

Ham the chimp was the first hominid trained and sent into space in 1961. 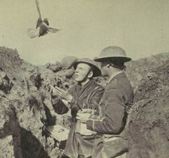 Cher Ami was a carrier pigeon used in World War I to get a message to a trapped U.S. battalion. As a result of the message being delivered the battalion of men were saved.
--> Find out more -->
1. Research
Choose 1 animal that has been important in history. It can be an animal involved in a well known historical event or simply a news story or personal account of a heroic animal.

Some websites that may be helpful for your research (Ask parent's permission to do an internet search first.):
http://gimundo.com/news/article/10-animal-heroes-from-history/
http://www.buzzfeed.com/chelseamarshall/the-most-heroic-animals-in-history#.ryZ81Ogzxm
http://www.mnn.com/earth-matters/animals/photos/8-animals-helping-humans-save-the-planet/bees

2. Write  a brief description of the animal and what they did that was memorable. Add a picture (photo or saved file) and share with someone or click "Share your work" in the navigation menu.
Go To Station 5