--> Watch this collection of videos & facts depicting animals in entertainment in both good and bad lights.
Animals at the Zoo- Pros & Cons:
Animals in a circus-
Ringling Brothers and Barnum & Bailey Circus ("The Greatest Show on Earth") closed in 2017 after 146 years.  The iconic circus declined in recent years due to high operating costs and long, costly legal battles with animal rights groups, such as the one to eliminate elephant acts. Ticket sales had already fallen, but they dropped more significantly than anticipated after the elephants were retired last May, according to the statement.
Animals in the movies-
Read the article below: 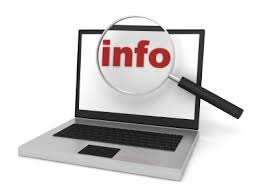 Animals in sports-
Examples: horse, dog-sled or greyhound racing, rodeos, polo matches, horse/dog competitions, illegal dog fighting, bull fighting, trophy hunting...
DO THIS--> With permission do some internet research about one of the sports involving animals.  What is the good, the bad, and the ugly sides of the sport? List 10 facts about animal training and care.  Share the information you find with someone.

DO THIS-->
Write a diary entry from the voice of one of these animals used in entertainment.
Include what the animals wishes would continue and what would change in their life.
Share with someone and/or share on our social media site by clicking "share your work" in the menu.
Go to Station 5